Its Wednesday again! I feel like the days are going by so fast, in 2 days it will be February! Anyway I do have quite a few things to share today. First I want to say that the last update on the 31 days to get organized posts will be next Wednesday instead of today. 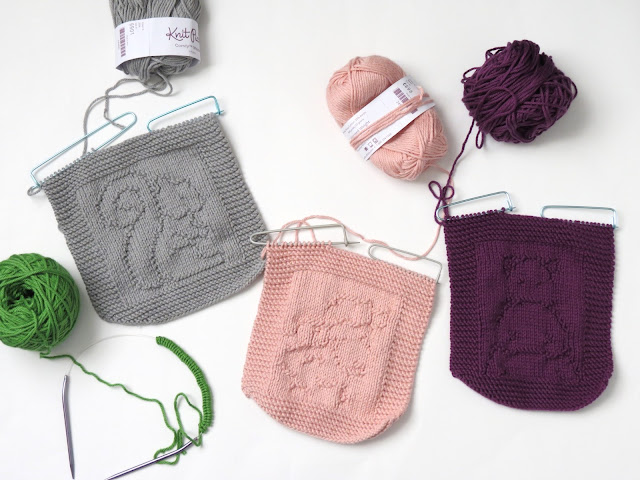 My goal for the month was to knit 10 baby bibs to list in my shop. Well I finished 6 and only have 4 more to finish. I'm almost done with three of them. All I have left are the ties which won't take long but I wanted to wait to have all four at that point to work on them. I did cast on for the last one but haven't gotten a chance to work on it yet. They are at the top of my to-do list this week so they should be finished for FO Friday! 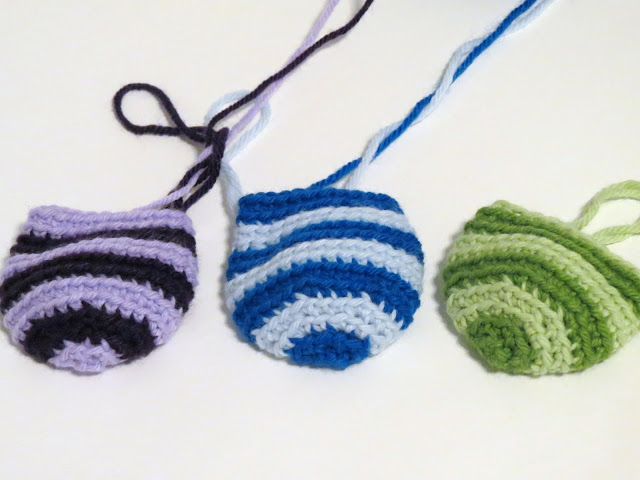 Next up I finally started my slugs for the Freshstitches slug-a-long going on now through February 13th. I wasn't sure what I wanted to do for mine but yesterday I just started grabbing different shades of a same color and made the first half of three slugs. I stopped because I have to make the eyes and antennas that need to be attached before I continue. I still have plenty of time to work on these so they are not a top priority on my list just yet. Plus they are so small they will get finished in no time. 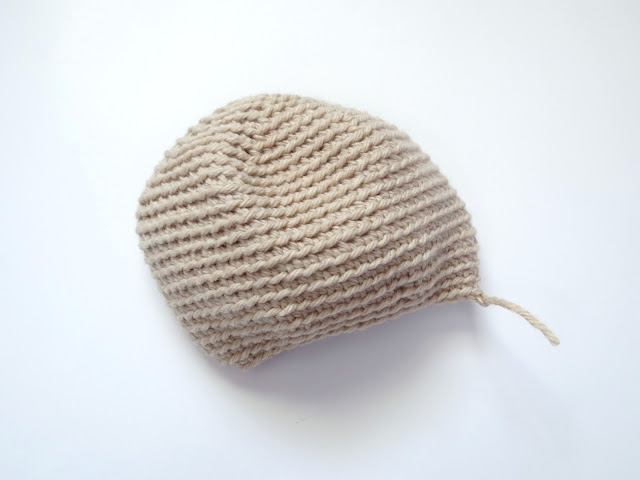 The slugs are not the only amigurumi I worked on this week. I also started on a dog. I finished the body but still have everything else to make. This is probably at the bottom of my to-do list so I'm pretty sure it won't be done this Friday but maybe next Friday.

I also started working on another amigurumi that I can't give too many details about. Its for another swap I joined in for the Freshstitches group on Ravelry. Its supposed to be like a Secret Santa but its called Classified Cupid. I would share more info but I don't know if the person I was assigned to reads my blog so for now I'll keep it a secret. I still have a month to work on it so I'm taking it slow even though I know exactly what I am making and what colors I'm using. I'm planning on finishing it up within the next two weeks so as soon as the person receives it I will share it on here for a FO Friday.

I mentioned last Wednesday that I was going to start assigning one big project a week and I was going to make some time to work on it each day. Well last week I was working on my Haruni shawl which I finished on Saturday and will be sharing for FO Friday. Its not blocked yet because I won't be buying my blocking mats and pins until March but I want to go ahead and share now. This week I am working on my Ripple Baby Afghan I started last year. I made several attempts to finish it but it never got done so this week I am seriously working toward finishing it. I got an early start since I finished my Haruni shawl a day early, I started working on this Sunday. As of right now I'm estimating that I only need 10-15 more rows to finish. The original pattern doesn't have a border but I might add a little something to the end. If I continue to work on it as much as I have been these last couple of days I may finish it before Sunday. :) 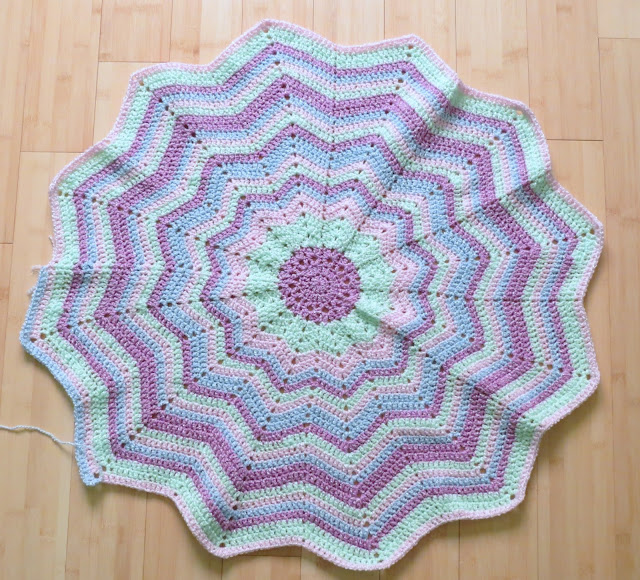 After finishing my Haruni shawl on Saturday I started to think about frogging the shawl I was making my mother with Caron Simply Soft yarn. In the end I decided I will be making her that same shawl but instead of using acrylic yarn that I now know doesn't block well, I will be using Cascade Heritage which is 75% Merino and 25% Nylon. Its also a fingering weight which I think will look better than the worsted weight for a shawl. This will be the project I will be working on next week and if everything goes as planned and I finish the ripple baby afghan before the weekend I will get an early start on it.

Don't forget to come back for Finished Object Friday!
Posted by Adrialys at 3:09 AM
Email ThisBlogThis!Share to TwitterShare to FacebookShare to Pinterest